Nedbank (Dutch Bank) was established in Amsterdam during 1888 and registered in South Africa as a subsidiary in 1951. It became a completely independent company in 1969. The bank has now grown to become one of the four biggest banks in South Africa.

Looking at the explosive growth of this young player in the market, it would be difficult not to be impressed with their investment policy. But Nedbank also invests in the wellbeing of its employees with a long horizontal planted green wall to improve their refreshment area. Employees can come here to rest within a wonderfully attractive, fresh and healthy environment installed by Execuflora. 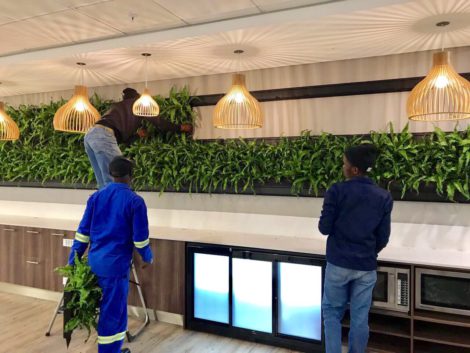 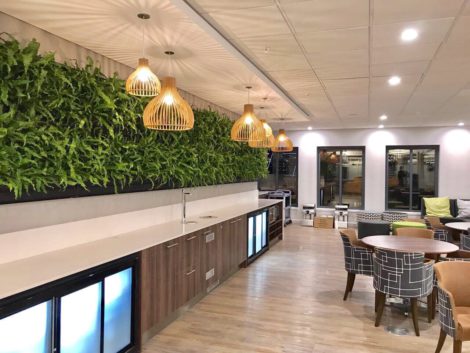 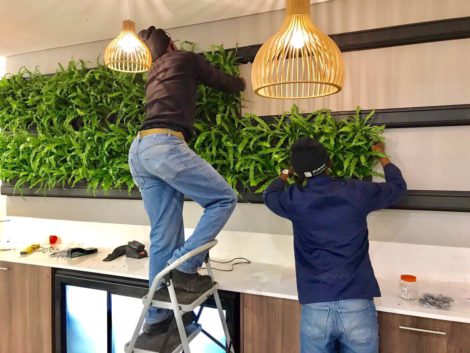 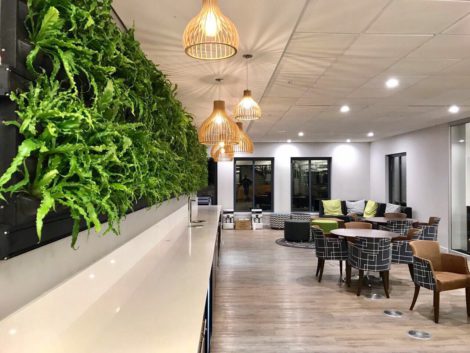 Introducing living walls to the next generation