There are few urban environments where the air quality is poorer than under a city flyover.  To the rescue? Mobilane Living Green Screens, installed by urban green specialists, Meristem Design.  Acting as a natural screen and a pollution barrier to be reckoned with, over 95 metres of the original Mobilane Green Screens now flank the walkways under the Hammersmith Flyover.

A vital part of the Low Emission Neighbourhood

The striking planted panels were selected by Meristem from the grower and original supplier of the Mobilane Living Green Screens and form part of the landscaping works within the Hammersmith BID’s Business Low Emission Neighbourhood.

The screens, planted in custom-made wooden planters with a steel base, form a folded, natural curtain over the existing railings.  These 1m high Hedera helix Woerner screens are now the pedestrians first defence against harmful PM10 pollution particles from passing traffic.  Their customised planters allowed for the ease of delivery, manoeuvrability and repositioning by pallet truck.  The ivy green screen planters could start working on improving the air quality, straight from the off.

A capillary action irrigation system was installed in each planter to ensure optimal growth and a healthy plant care and water management regime.  Meristem also installed 11 large hardwood containers, planted with drought-tolerant, shade-loving plants to add an extra element of colour, form and foliage to an otherwise bland and grey urban space. 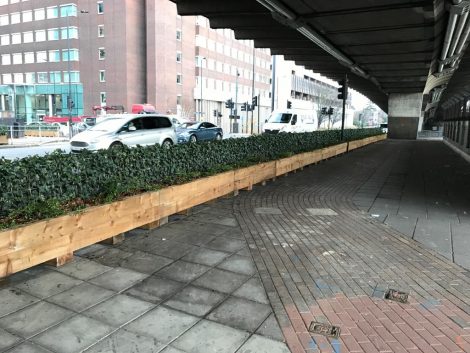 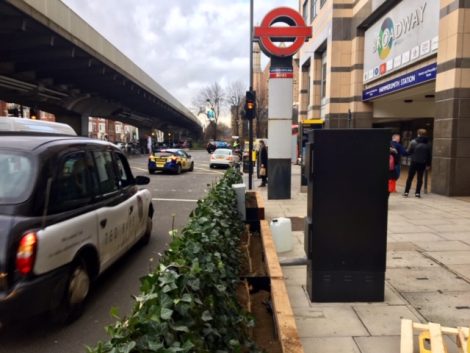 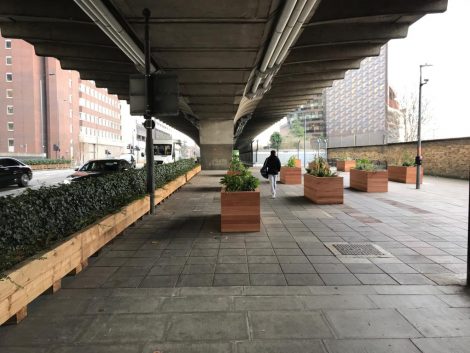 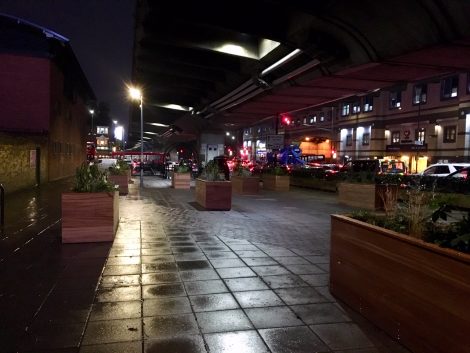 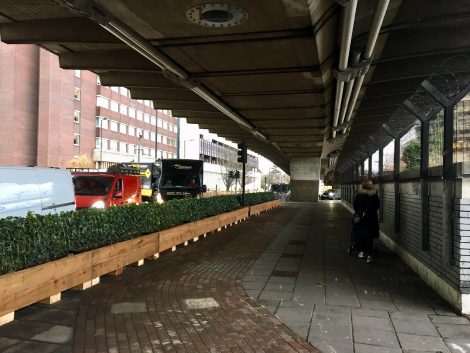